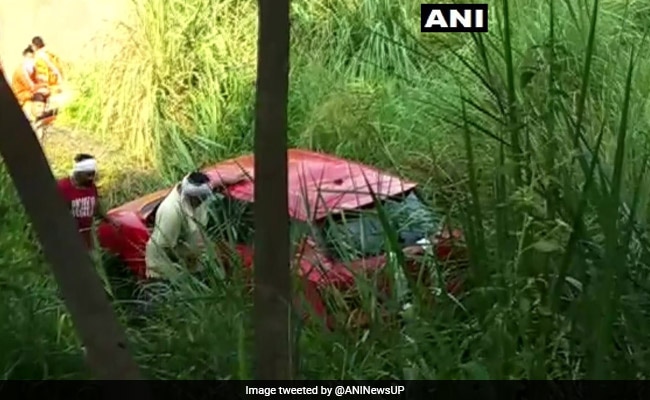 Police called an NDRF team for the rescue operation and the car was pulled out by a crane.

Three people are feared dead as a car en route to Chandigarh from Uttar Pradesh’s Bareilly fell into a canal near Ghaziabad’s Masuri town, an official said on Saturday.

Its driver, Paramvir, swam out of the canal with the help of a police sub-inspector, the official said, adding that those feared dead have been identified as Ashish, Binny and Sanjiv.

The official said the incident took place on the National Highway-9 on Friday night around 1.30 am when the car driver lost his way and took a wrong turn.

Police called an NDRF team for the rescue operation and the car was pulled out by a crane.

He said they could not be located till Saturday evening when the NDRF team halted its rescue operation.

The NDRF team will resume its operation on Sunday morning, he said, adding that the help of the Hapur police has also been sought as a major portion of the canal falls under their area.

According to him, all occupants of the car belonged to Bareilly and were going to the Defence Research and Development Organization (DRDO) office in Chandigarh in connection with some contract work.

Coronavirus: 2,600 Indians Stranded In Bangladesh, Let Them In: Centre To...

Congress vs Congress In Punjab Over No Police Cover For Rajya...