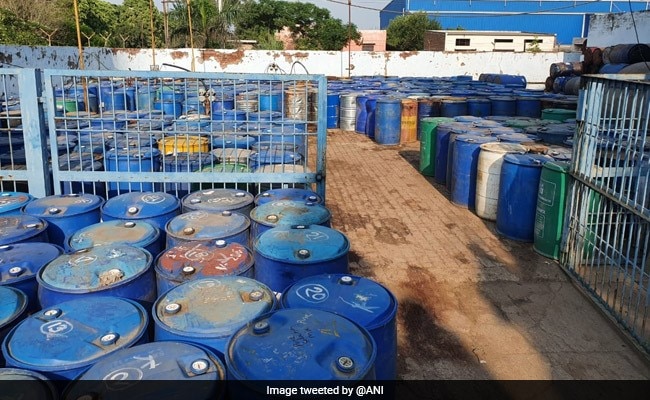 A total of 138 drums of 200 litres each containing chemicals were seized during the raids.

The Punjab excise department on Sunday said it has seized 27,600 litres of chemicals containing spirit during raids carried out at three factories in Mohali and arrested four people.

This comes days after 121 people died in the state’ Tarn Taran district due to consumption of spurious liquor.

A total of 138 drums of 200 litres each containing chemicals were seized during the raids which were carried out in Mohali’s Dera Bassi area on Saturday, an official spokesperson said.

Four people have been arrested in this matter, the spokesperson said.

“We had received information that some factories were producing some chemical containing alcohol. Acting upon it, we raided factories at Dera Bassi,” said Excise Commissioner Rajat Aggarwal.

The department said it has sought help from experts from the Forensic Science Laboratory to identify the chemicals.

Delhi Burned Due to ‘Hate Speeches’ by 3 BJP leaders:Majeed Memon

Asian Boxing Championship In India Postponed To 2021 Due To Coronavirus...

Gautam Buddha Was Born In Nepal, No Doubt, Says India Amid...