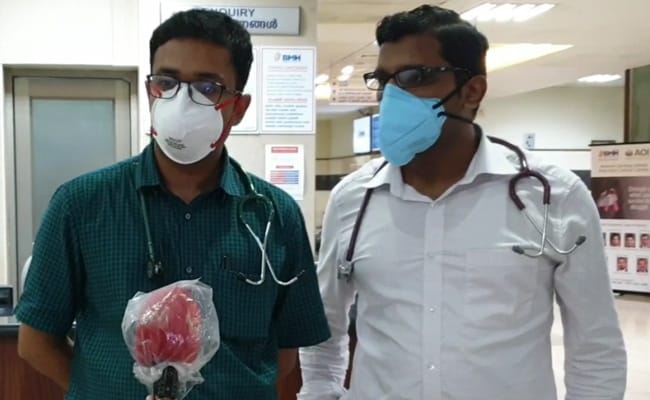 Six children, who survived the plane crash in Kerala on Friday, were rushed to Kozhikode’s Baby Memorial Hospital and several locals – part of the rescue teams – helped in identifying their family members, doctors at the hospital have told NDTV.

Of the six children, who are between the age of 2 and 11 years, three were given critical care. “Hats off to the locals… they handled all these children like their own. None of the children were able to tell what is their name or their parents’ name…they didn’t have passports,” Dr Ajay, pediatric doctor, Baby Memorial Hospital, told NDTV.

“It was initially very challenging for us as all these children were rushed to the hospital by the rescue teams and not the families. We had lots of locals involved in tracing their family members. Volunteers shared their photos on WhatsApp groups and within three-four hours, we had the full list,” he added.

Eighteen people, including both pilots, died when the Air India Express Boeing 737-800 aircraft crashed on Friday at 7:41 PM while trying to land at the Calicut International airport. 184 passengers – 174 adults and 10 children – were on board at the time of accident. Four children were among those who died.

The flight was operating under the Vande Bharat Mission to repatriate Indians stranded abroad because of the coronavirus lockdown.

“Two children admitted here know they have lost their family members. While one child has lost a sibling, another one has lost a parent. All those admitted are gradually coping with the trauma. It becomes easier when the family is around at such a time,” Dr Ajay said.

As per the Covid-protocols, the patients are being treated as potential cases. On Saturday, Kerala’s Health Minister KK Shailaja had urged all those involved in rescue efforts, including locals, to “self-quarantine as a precaution”, adding that all the people will be tested for coronavirus.

He also acknowledged the role played by locals. “I must praise the local administration and volunteers at the airport, they did a stellar job during the rescue operations.”

Aviation Minister Hardeep Singh Puri has also praised the rescue teams, which had local volunteers, for their efforts.

127 people – injured in the accident – have been admitted to 13 hospitals in and around Kozhikode.

The #Vanlife Business Is Booming

Greenland’s ice sheet melted faster than ever before in 2019 study...

I Don’t Want To Die

Digital tax collection: FASTag users may get 10% cashback rebate on...