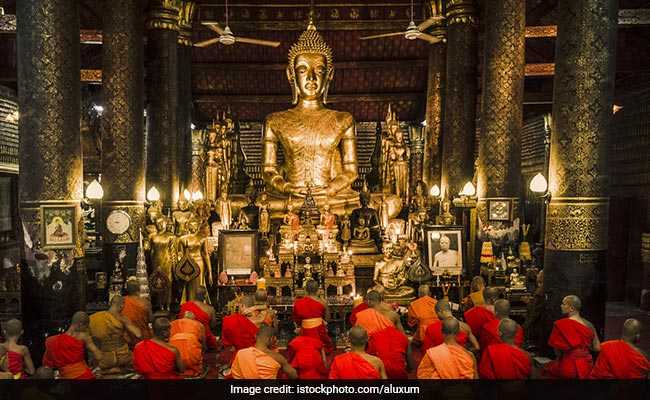 Nepal said Lumbini is the birthplace of Buddha and the fountain of Buddhism. (Representational)

India has dismissed the controversy over the birthplace of Gautam Buddha, saying External Affairs Minister S Jaishankar’s remarks on him were about “our shared Buddhist heritage” and there’s “no doubt” that the founder of Buddhism was born in Nepal’s Lumbini.

During a webinar on Saturday, Mr Jaishankar mentioned about India’s moral leadership and how Buddha and Mahatma Gandhi’s teachings are still relevant.

However, the Nepalese media quoted him as saying that Buddha was an Indian.

“There is no doubt that Gautam Buddha was born in Lumbini, which is in Nepal,” Mr Srivastava said.

Earlier, Nepalese Foreign Ministry raised objection over Mr Jaishankar’s remark quoted in the Nepalese media, saying “it is a well-established and undeniable fact proven by historical evidence that Buddha was born in Lumbini, Nepal.”

The official spokesperson of the Nepal Foreign Ministry said that Lumbini, the birthplace of Buddha and the fountain of Buddhism, is one of the UNESCO world heritage sites.

During his visit to Nepal in 2014, Prime Minister Narendra Modi while addressing Nepal’s Parliament said: “Nepal is the country where the apostle of peace in the world, Buddha, was born,” recalled the Nepalese Foreign Ministry.

“Buddhism spread from Nepal to other parts of the world in the subsequent period and the matter remains beyond doubt and controversy.”

Former prime minister and senior leader of the ruling Communist Party of Nepal Madhav Kumar Nepal said the alleged statement made by Jaishankar that Buddha was a great Indian is “baseless and objectionable”.

Ford Is Developing Technology Which Could Predict Accidents

Nothing To See Here, Just Another Video From Sara Ali Khan...

Chiranjeevi Cooks For His Mother Again. Guess What She Said