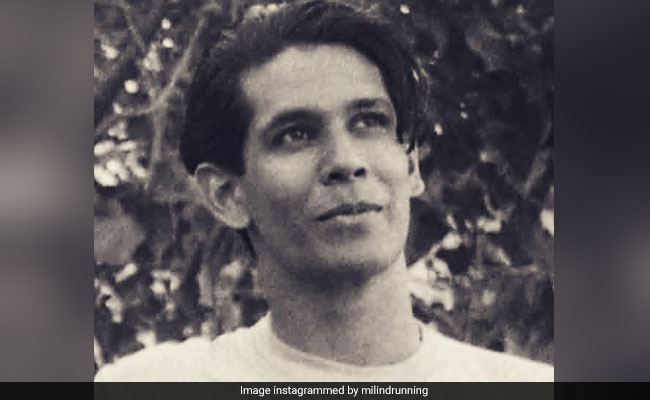 Actor-model-marathon runner Milind Soman flipped through the pages of his throwback diaries and dug out a photo from when he had just passed out of college and was yet to take up modelling as a career. Milind said he shared the photo on Instagram as his fans wanted to see a photo from his pre-modelling days. Milind said the photo is from when he was “very shy” and somewhat disliked being clicked. Here’s how Milind Soman captioned his “rare” black and white photo: “Some people wanted to see a throwback pic from pre modelling days, so here it is! It’s a rare one, taken sometime in the late eighties, and like I said, being very shy, I was not a fan of being photographed. I might have been just out of college.”

Handsome then, handsome now – that’s Milind Soman for you:

Milind Soman, who was one of the most sought-after names in the modelling world of his time, revealed that he didn’t know of modelling as a profession when the first assignment came his way, in a post in June: “I look back and think that when I was offered my first job as a model in 1988, I was studying to be an engineer, I was not even aware of modelling as a profession, but I just jumped in at the deep end. And it was just so much fun.”

Milind Soman’s Instagram is filled with throwback glimpses of his early modelling days:

JEE Main 2020 Preparation Tips: Common Mistakes And How To Avoid...

Girl Raped, Singed With Cigarette In UP: Police

Was Disha Salian pushed or she jumped on her own? Mumbai...