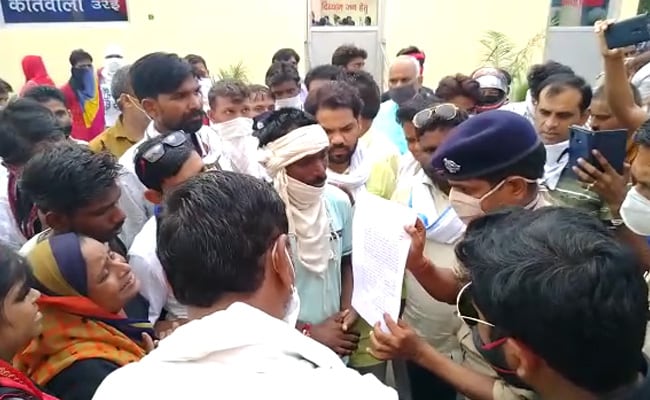 A 21-year-old girl died by suicide in Uttar Pradesh’s Jalaun district on Saturday morning, hours after she and two of her friends were questioned by local police over allegations of theft.

The girl and her friends were brought to the police station on Friday afternoon, after shopkeepers at a local market accused them of stealing. The relatives of the girl who died have alleged they were subject to mental harassment and torture by the cops for close to eight hours.

They have also alleged that only one female constable was present during interrogation and male cops abused and tortured the girls.

“The police tortured her and made up a story. They grabbed her from the market, where they beat her. They took her to the police station, locked the doors and beat her again. More than the lady police officer, the male police officer beat her up,” the sister of the girl who died said.

The girls were released on Friday evening but were allegedly ordered by the police station in-charge to report back the following morning. The sister of the girl who died said she had hanged herself after being ordered to return.

“The police have not said anything to us so far and we found no suicide note,” she said.

The Additional Superintendent of Jalaun Police confirmed that a case of suicide had been reported, but would only add that an inquiry will be conducted.

“We have got information from Orai Kotwali Police Station that a girl died by suicide. A post-mortem is underway. After we get this report and conduct an inquiry to get all facts, we will make a statement,” the ASP said in a statement posted on Jalaun Police’s Twitter account.

After the death of the young girl, her parents and angry villagers surrounded the local police station and protested for hours.

MS Dhoni Retirement: 5 decisions of ‘Captain Cool’ that shocked the...

Do you hate Spinach? Here are the 6 Ways to Use...

Maharashtra Closes In On Trolls For Harassing Social Media Users

Co-Pilot Akhilesh Kumar Who Died In Kerala Crash Was Days Away...